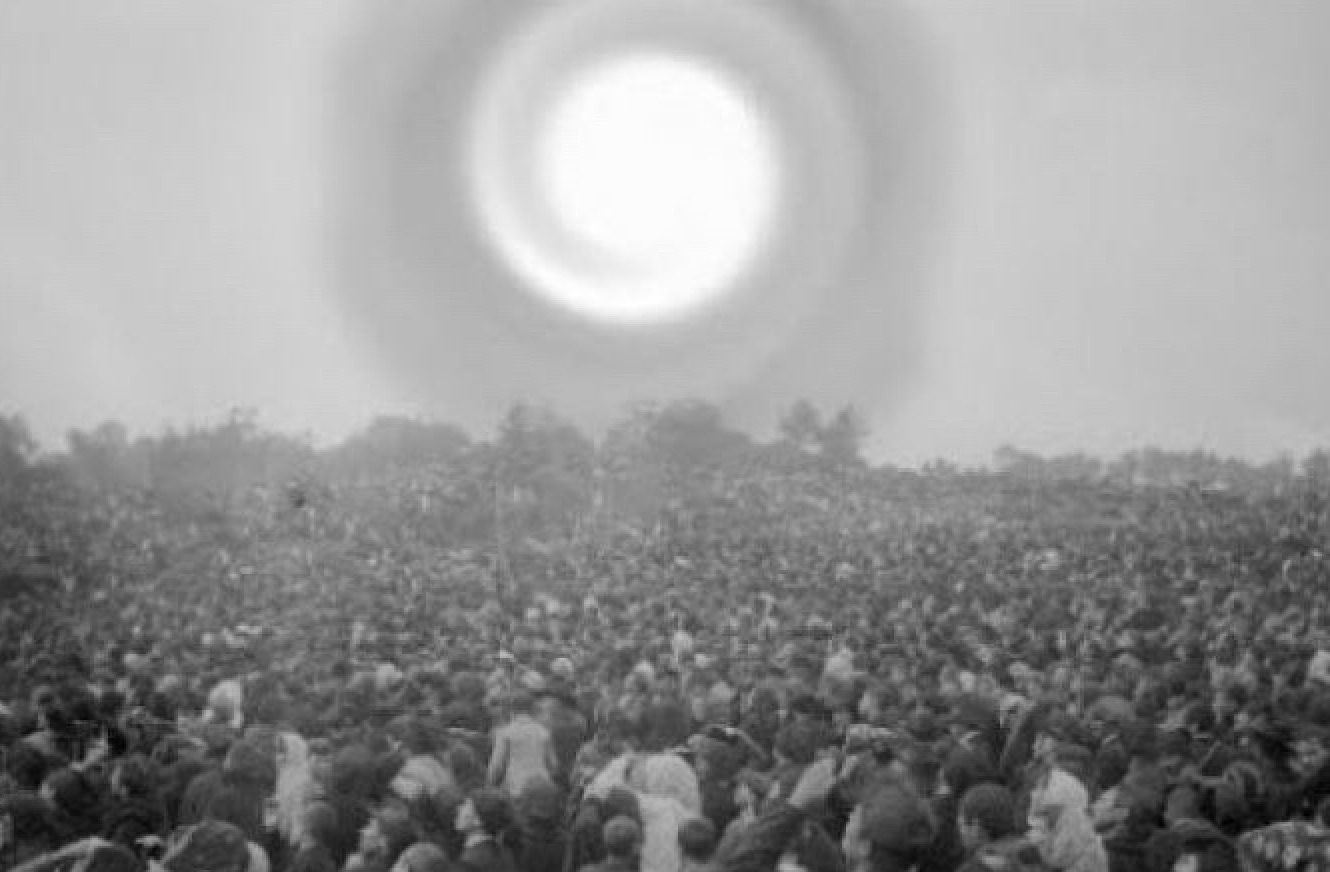 October 13: The Miracle of the Sun in Fatima

On May 13, 1917, in Fatima, Portugal, a “beautiful Lady” dressed in white and surrounded by light appeared to three poor children: Jacinta, Francisco and Lucia, who were guarding sheep at the Cova da Iria. She asked them to come back 5 times in a row to the same place on the 13th day of each month. She promised them that in the last month she would reveal who she was and what she wanted. She also promised them that there would be a great miracle.

During the following meetings, the “Lady” revealed secrets about the world and asked them to pray the Rosary every day to obtain the end of the war and peace for the world. She asked to offer sacrifices for the conversion of sinners. She also warned of the risks of other wars, plagues and persecutions if her request was not heeded.

The promise of victory

A huge crowd came to see…

October 13, was the last meeting… The crowd was so dense that the 3 children had a hard time getting to the Cova da Iria. Over 50,000 people were there to see the miracle.
Believers, non-believers who had come to make fun, journalists, all were waiting, drenched by the pouring rain. When the children arrived, the prayer of the Rosary began, taken up by this innumerable crowd. And at noon sharp, Our Lady stood there, more beautiful than ever…

– Who are you, Lady, and what do you want from me?” Lucia asked.
– I am Our Lady of the Rosary. I want a chapel to be built here in my honor.

And for the sixth time, Our Lady asked that the Rosary should be prayed every day.

And suddenly the sky changed: the rain suddenly stopped, the sun showed up…

The whole crowd witnessed an extraordinary miracle of the sun turning on itself like a wheel of fire, sending out rays of all different colors. It stopped abruptly, then resumed its crazy race. Suddenly, it seemed to rush on the crowd, as if it were going to fall on the earth…

Everyone was shocked, holding their breath. People were completely overwhelmed. Some believed the Apocalypse was imminent; hundreds of people who had come to mock begged forgiveness and fell to their knees. The miracle lasted about 10 minutes, and all the people who had been pierced by rain for hours suddenly found themselves with their clothes completely dry! The terror calmed down, the people embraced, laughed and cryed at the same time, and all wanted to approach Lucia, Jacinta and Francisco who would have been suffocated by the crowd if they had not been protected. The whole country of Portugal was shaken by these extraordinary events.

Nobody would forget such an impressive miracle. It was talked about in many countries. The secrets were revealed little by little, concerning the end of the First World War, and the beginning of another one, even more terrible if one did not return to God.

The third secret, announced in the year 2000, spoke of an angel carrying “a sword of fire” ready to fall on the Earth… but which was extinguished on contact with the Virgin Mary! This corresponds perfectly to the words of the little Jacinta who, shortly before dying, insisted to her cousin Lucia:

« When the time comes, say that God grants us His graces through the Immaculate Heart of Mary, and that it is to this Immaculate Heart that men must ask for peace, because God has entrusted it to Him. »