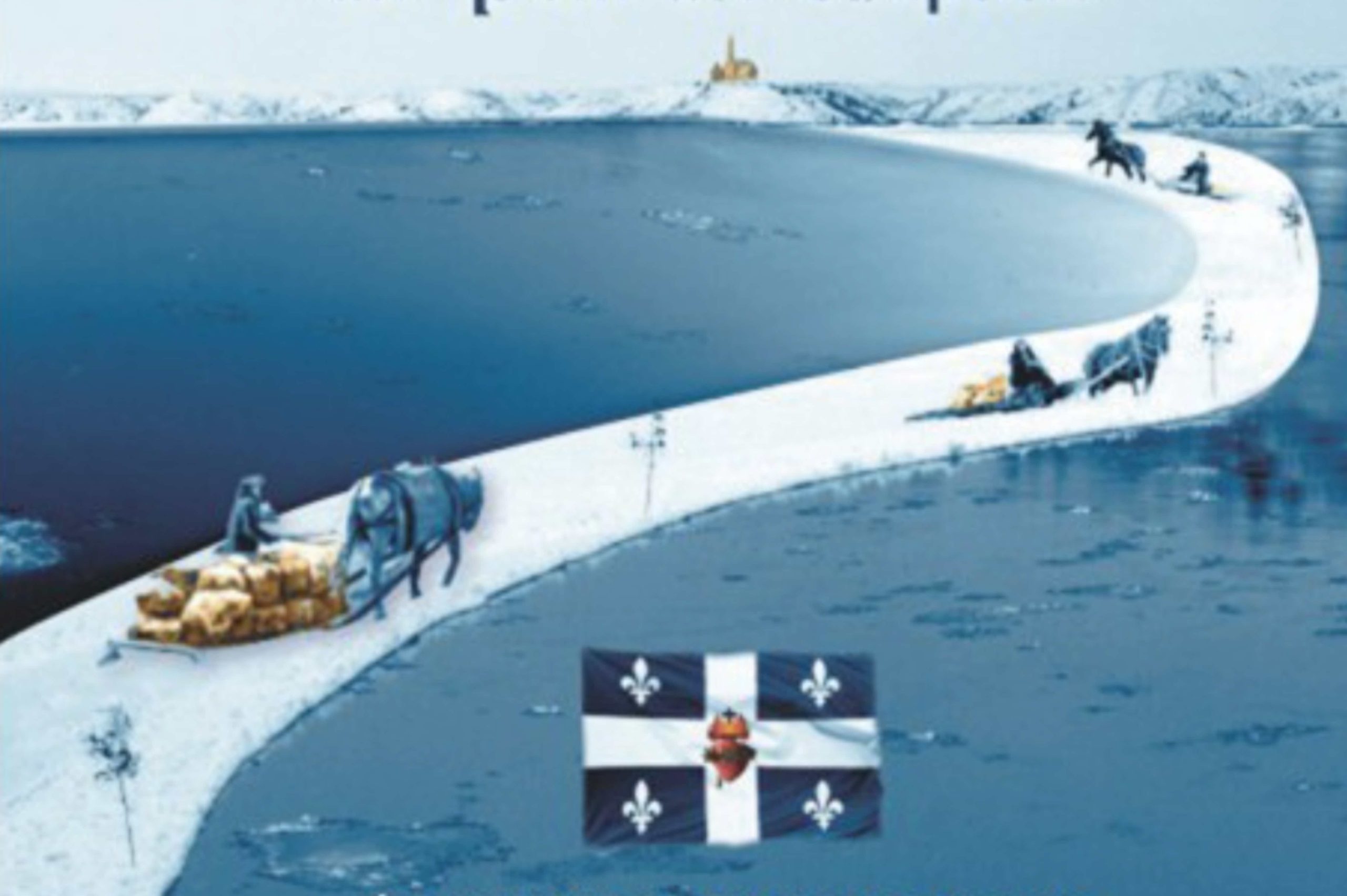 The Miracle of the Ice Bridge

Here is the story of an amazing event: the miracle of the Ice Bridge, also known as the “Bridge of Rosaries“, which occurred in 1879 in Canada! It is one of the most marvelous celestial interventions due to the fervent recitation of the Rosary…

Acts of Faith prepare for miracles

Jacques Cartier, who discovered Canada in 1534, had great faith, and the image of the Virgin Mary was enthroned at the front of his sailboat. As he explored the St. Lawrence River, he planted a large wooden cross in a specific location: just off Cap de la Madeleine, near Trois-Rivières.

One hundred years later, Cap de la Madeleine was bequeathed by Samuel de Champlain, the founder of Canada, to the Virgin Mary. Yes, in front of a clerk, Champlain named the mother of Christ, his heiress!
It was on this blessed place that an incredible miracle took place!


Don’t throw your Rosaries to the pigs!

When Father Luc Désilets was appointed in 1864, he was shocked to see that the parish of Cap de la Madeleine was almost abandoned. His parishioners were living dissolute lives, and only a dozen people attended Mass. Father Désilets, who had consecrated himself to the Virgin Mary and fervently wore the Scapular of Our Lady of Carmel, was appalled. He went to the church and begged the Virgin Mary to give him the secret to ignite the faith of his parishioners.

It was then that an unusual noise attracted his attention in the side chapel. He drew near and was surprised by a young pig calmly chewing on a rosary in front of the altar of the Virgin!
Upset over this, the abbot recovered the blessed object, and immediately realized that “people threw the Rosary away and the pigs picked it up.”

The very next day, Father Désilets, with the profaned rosary in his pocket, went around his parish, from house to house, to recruit people; he had just created the “Confraternity of the Rosary”. To join, all one had to do was to commit to praying the rosary once a week… From the first day, 32 people signed up, and the number grew rapidly… to 3,000 people! And graces abounded…

We will have our ice bridge!

This devotion to Our Lady transformed the parish. Faith was reborn and the church soon became too small; there was an urgent need to build a bigger one. It would be necessary to take the stones from the other side of the river to do this. And, it would have to be done in winter, on the frozen river.

However, something that happened every winter did not occur this winter! Incredibly, the river did not freeze! November went, then December—nothing. January, then February—still no ice! It was a catastrophe! From March on, the river wouldn’t be able to freeze anymore, and thus, the long-awaited church could not be built.

But Father Désilets had faith, the faith to move mountains! He made the parishioners pray the Rosary every Sunday, and in mid-March, he affirmed that an ice bridge would be built, very soon, in honor of the Feast of Saint Joseph, to whom he asked for help.

Most of the parishioners were discouraged. The promise of their parish priest was simply impossible!

Then, on March 14, a sudden wind tore off chunks of ice from the banks of the river upstream, producing innumerable islands of floating ice that piled up, strangely enough, on the water near the church. Between the islands, a layer of lumpy snow floated on the water. It would be madness to venture out. Nevertheless, the Curé, after praying vespers, launched an appeal to those who would like to come and make the crossing with him!

Fifteen men volunteered, and here they were, walking on the unstable ice debris, and hastening their pace on the layer of snow where their feet were sinking dangerously, at times even touching the water. Below them, was the deep, icy river. If the snow gave way, it was death.

The Curé was tempted to turn back several times, but the thought of the sins that would be committed for lack of a church pushed him to brave all danger. The crossing was interminable, because the river at this point was one and a half kilometers wide. The last part was done on a horribly thin surface… and the improbable bridge lead them to the other bank!

Yes, but now, how to transport the 2,400 tons of stones on such a fragile bridge?

Adhering to their Faith and courage only, the men seized fir branches that they would plant on the frail ice to mark out a path. As night fell, they continued on their knees, groping in the middle of the river, without any of them even getting a foot wet! Other parishioners came as reinforcements, and for two nights and two days, they worked hard to buttress the bridge by shoveling water from the river to thicken the ice.

It was in the middle of one of these nights that a brave worker said, pointing to the lit window of the presbytery where Father Désilets was housebound by illness: “It is not the ice that supports us, it is the Rosaries of our parish priest!”

On March 19, the feast of Saint Joseph, as Father Désilets had predicted, the miraculous bridge was there!

The Miracle of the Rosary Bridge

After Mass, with instructions and the blessing of the abbot, an incredible procession began: the farmers of the parish, with their horses harnessed to large sleds, were sent on a mission to cross the thin ice bridge, despite it not offering much security. On the other side, they each loaded about a ton of stones and returned by the same way, with the weight of each load sinking and pitching dangerously.

For 8 days, they went back and forth without interruption, voluntarily abandoning work on their farms.

Since the Virgin Mary had granted them this extraordinary miracle, they worked faithfully in her service. When they were worried because the tracks of the sleds were sinking until they were almost touching the water of the river, they looked at the lit window of the presbytery where the continual Rosaries of their parish priest reassured and encouraged them.

Moreover, in order to prevent any accidents, the abbot asked women and children to take turns praying the Rosary day and night. It was only the Rosary that supported the bridge!

On the 8th day, some men came running back and shouted to stop the convoys because the ice was breaking. What a coincidence… the very last load had just been completed!!!

How to obtain miracles?

With tons of stones carried on the incredible “Bridge of the Rosaries,” a large church was built and solemnly dedicated to Our Lady of the Rosary!

The supernatural nature of this event, attested to by hundreds of people, has attracted many people to the Church. Our Lady of the Cape has become a Sanctuary in Canada where countless pilgrims have obtained great graces and many miracles…

In fact, Heaven has given us an extremely precious lesson by this Ice Bridge: