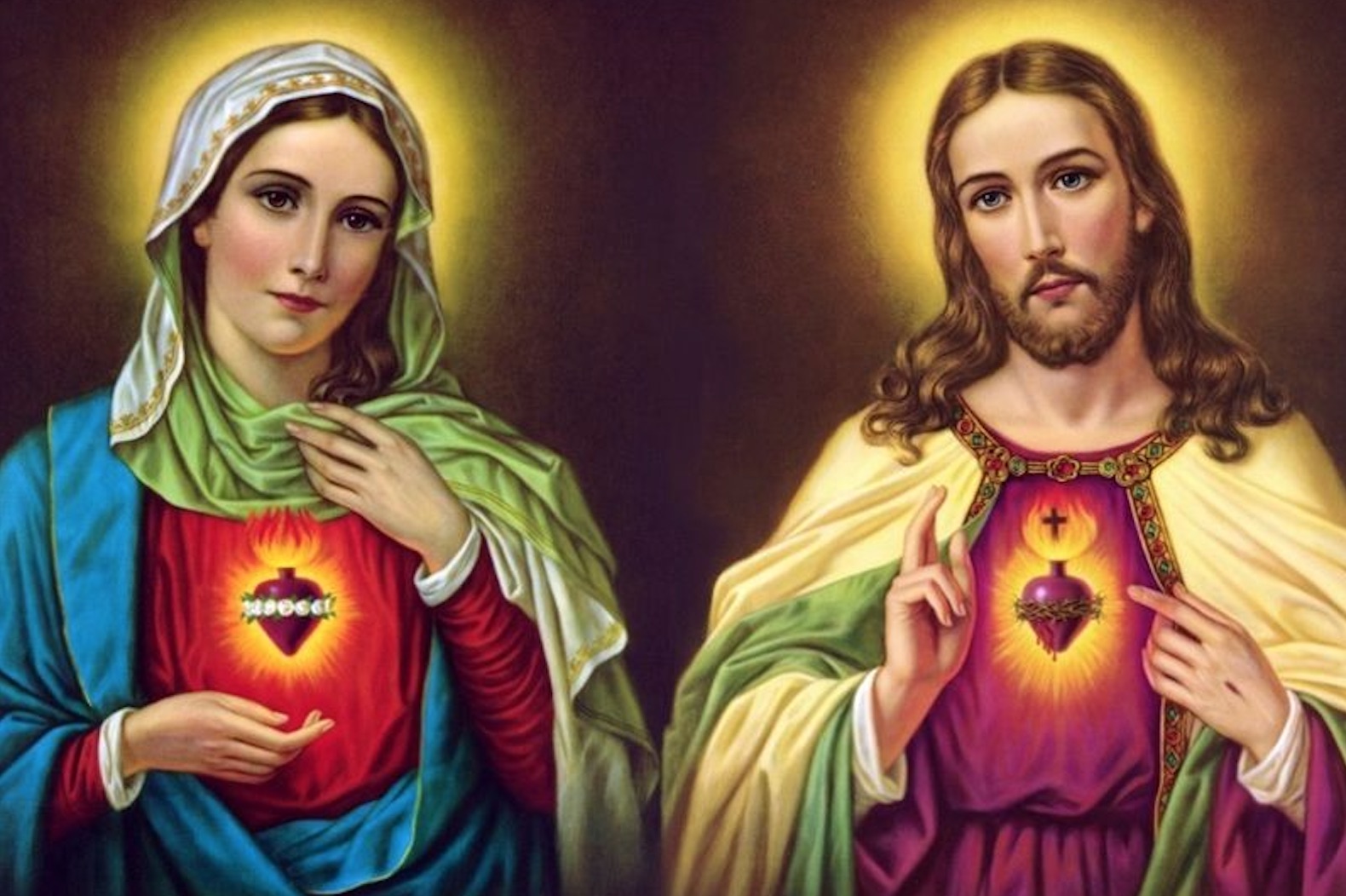 Consecration to the United Hearts of Jesus and Mary

France has just been consecrated to the United Hearts of Jesus and Mary!

What could be better for France?  On August 22, France was consecrated to the purest and most loving hearts, that of Our Savior and His Mother!
This took place at Paray-le-Monial, in the very Basilica of the Sacred Heart, where the Bishop of Autun, Benoît Rivière, pronounced this magnificent consecration. Thousands of faithful surrounded him and also consecrated themselves to the two United Hearts.

A Key Date and a Perfect Place

This year, 2022, is special because it is the 100th anniversary of the proclamation of Mary as Patroness of France by Pope Pius XI. August 22 was the Feast Day of the Coronation of Mary as Queen as well! It was also at Paray-le-Monial in 1689, that Jesus asked King Louis XIV, through Saint Margaret Mary, to consecrate France to his Sacred Heart!

The king did not heed Christ’s request and, since then, France, has paid dearly for it. However, in the summer of 2022, on Mary’s Feast Day and in this blessed place, the response has been fantastic: the Consecration to the Sacred Heart took place and moreover, the sweet Immaculate Heart of His mother was also united to the Sacred Heart of Jesus.

A Consecration filled with Promises for France!

A consecration is something extraordinary: it is “a total gift of oneself, for one’s entire life and for eternity: it is a gift not of pure form or sentiment, but effective, accomplished in the intensity of the Christian life.”
“By placing your personal, family and national activities under the aegis of Mary, you invoke Her protection and help in all your endeavors, but you also promise Her that you will undertake nothing that might displease Her and that you will conform your whole life to Her direction and desires.” (Pius XII, September 5, 1954).

Just imagine! France has been placed under the aegis of both Mary and her Divine Son! Thus, their two Hearts, filled with so much tenderness for us, will protect our country and come to our aid. May the French people quickly conform their ways to the guidance and wishes of the United Hearts of Jesus and Mary. Then, in the beautiful country of France, we will see magnificent changes… and miracles.

How can I participate in this Consecration?

If you were not able to go to Paray-le-Monial last August 22, you are invited to make your own personal consecration to the United Hearts of Jesus and Mary. You can also propose this consecration to your loved ones and ask for it from your parish priest and even from your bishop. Between now and December 8, the Feast of the Immaculate Conception, let us offer a great bouquet of consecrations to our Holy Mother so that she may lead us to Her Son: “Ad Jesum per Mariam”.

Thus, as the consecration to the United Hearts of Jesus and Mary grow in number, the greater will these two Hearts shine on France and on the whole world!

Prayer of Consecration to the United Hearts of Jesus and Mary

Lord, we consecrate ourselves to the Sacred Heart of Jesus, from which God’s love sprang, united to the Immaculate and Sorrowful Heart of His Mother, the Virgin Mary.
We consecrate to their two Hearts our lives, our families, our country, [name your country] and the whole world, in this period of uncertainty that affects the most isolated and fragile.
We ask you to forgive us for our own failings and in particular for France’s [name your country] infidelities to the Covenant with eternal Wisdom. Joining with Mary in Jesus’ sacrifice of reparation, we pray with Him:  “Father, forgive them: they know not what they do.”
We beg you to help us and to lighten the burden that weighs on our country, and, sure of your Mercy, we recall:  “Jesus, I trust in you“.
By going to the Heart of Jesus through the Heart of Mary, we ask Him, through the intercession of His Mother, to bless and protect our Church, to make it more and more fervent and missionary, radiating divine Mercy to all, in the breath of your Holy Spirit.
In the light of the Resurrection, Lord, we ask you to give hope and peace to [name your country] and to our world.  Amen.