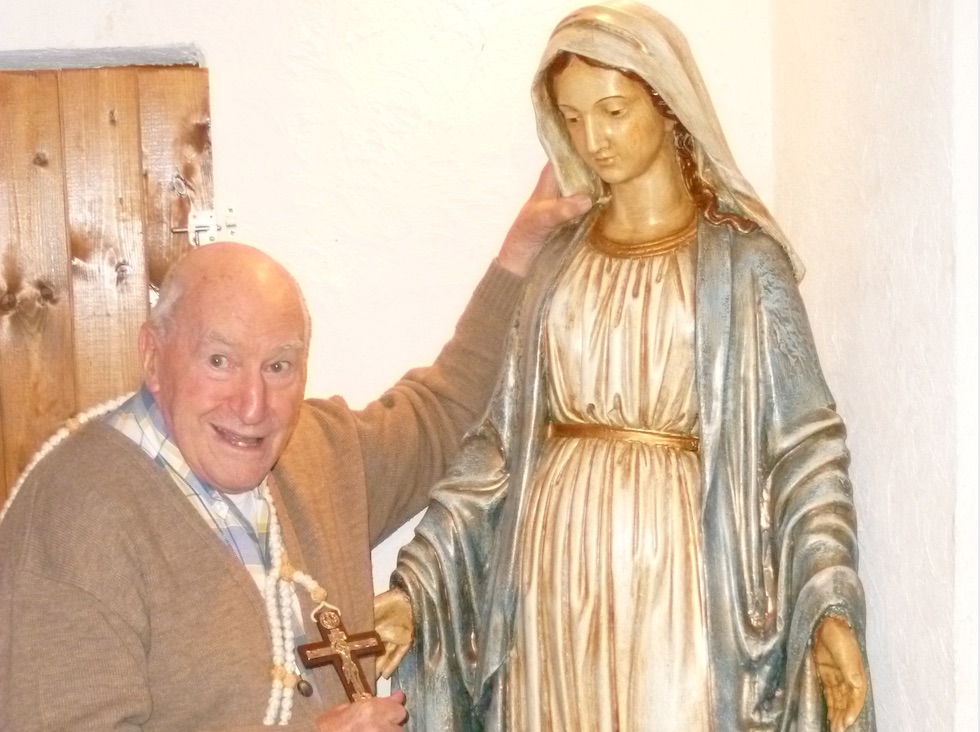 An Atheist Legionnaire in Mary’s Arms

It happened at dawn, during a military pilgrimage. Jacques was a hardcore atheist legionnaire and a real unbeliever: I had known him well since his return from China. He had been blown up by a mine in Indochina and was declared bedridden for life by the doctors. He was on a wheelchair and could not even get dressed by himself. We met at the hospital. He came to Lourdes for a visit to have a good time.  With two other friends, we visited the city and stopped at a café for a Cognac coffee. I invited him to come and touch the rock of Massabielle, which was smoother than the face of his wife Anne-Marie! He followed me, grumbling, and in front of this smooth rock, he was amazed as he realized the incredible number of people who had kissed it! I said: ” Mary stood at 1.5 meters above the ground and appeared to little Bernadette, asking her to dig the earth and bring out the water.” As it was hot, I suggested him to go take a bath. He didn’t say no. So I took him to the swimming pools. Two stretcher bearers plunged him into the water. While the water in Lourdes was freezing, Jacques could feel the warmth of the water. On his way out, I handed him a glass of water, which he drank. And as he climbed two steps, he said to me, “Leave me alone, I’m walking by myself!“ He came and slumped against me and said: “Why me? I don’t have faith, why not the others?“ I told him, “Let Blessed Mary do it, she loves you, you are her little darling.” He was jumping, dancing, crazy with joy! James had received mine shrapnel in his pelvis and had his left leg fractured in several places and had no flesh left in his thigh. What a miracle Mother Mary is able to perform when asked to help someone! This happened on June 12, 1954. One could feel the attack of the devil who said, at the moment Jacques was healed:  “the b…., she got me!…” (slang vulgarity)