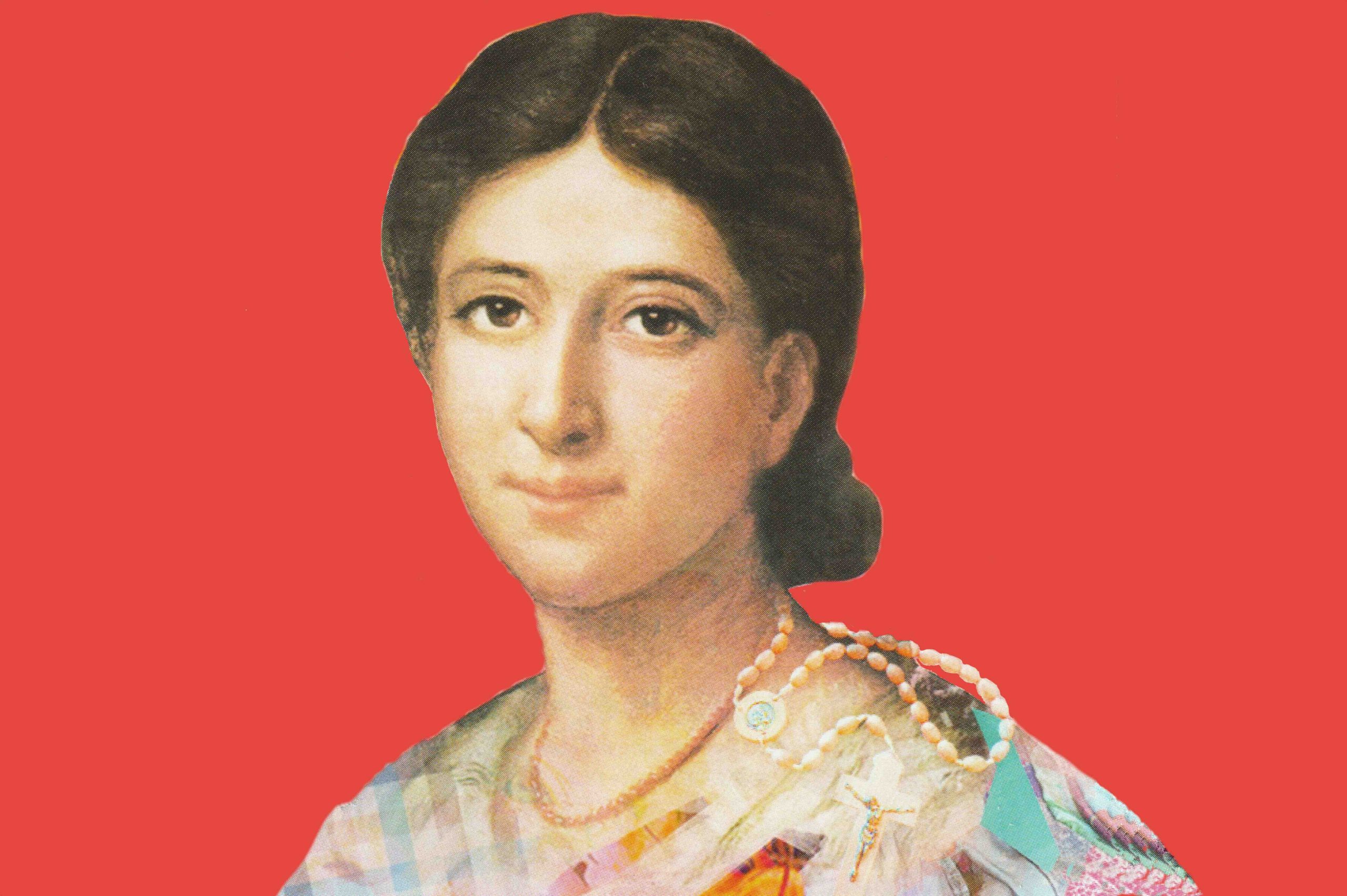 With Pauline Jaricot, we can Renew the World

Pauline Jaricot was beatified on May 22, 2022, and she clearly shows us the direction we must follow in order to renew and transform our world.

A period as dark as our own

Pauline Jaricot was born in 1799, when the French Revolution was destabilizing Europe, society and the Church. During that grave period of time, Pauline was born in Lyon, the youngest in a family of seven children. Close to the Lord during her childhood, thanks to the Eucharist and her visits to the Blessed Sacrament, Pauline was then lurred away by the beguiling spirit of the world towards vain things…

At the age of 17, she had an amazing transformation, after listening to a sermon on vanity! She then gave up her fancy clothes, jewels, novels, etc. and took a vow of perpetual chastity in the chapel in Fourvière (Lyon, France). This inner conversion ignited a fire within her that would lead her to repair the spiritual ruin and disasters caused by the Revolution.

Prayer and works of reparation

Just as in our own time, the Faith was under attack, doubt and atheism had taken root in the hearts of people. Pauline gathered together a group of young working women and servants who led a life of piety and charitable work that became known as the “Réparatrices.” This association, comprised of lay women, made reparation to the Sacred Heart of Jesus for the offenses and indifference of sinners, revived the Faith by taking in and educating street children, and cared for sick peoplein the charity hospital (Hôtel-Dieu).

An Entrepreneur for Our Lord

At age 20, Pauline was inspired: In order to raise funds to support the Missions:  she became like an Entrepreneur for the Lord and organized her Réparatrices into the tens, hundreds, and thousands, each of them contributing a penny each week, while saying a prayer for the Missions. This simple idea spread rapidly throughout France and the whole world, until it became the driving force for the Society for the Propagation of the Faith, which was officially founded on May 3, 1822.

A brilliant idea to transform the world: the Living Rosary!

After three years, Pauline withdrew from the hustle and bustle of her activities;  she then began to experience the contemplative life and understood the power and absolute necessity of prayer.
It was then that the Holy Spirit inspired her with a brilliant idea: the Living Rosary! The recitation of the Rosary is divided among groups of 15 people (20 today): each one commits to praying only ten Hail Marys per day, meditating for a few minutes on one mystery. Thus, each day, an entire Rosary is prayed by the group.

In addition, each person commits to recruiting one new member, from any class of society, in order to create new groups.
After a few years, the Living Rosary grew in an extraordinary way until, at Pauline’s death, more than 2 million people were counted in France alone!

Courage and valor in the face of hardship

Settled on the slopes of the Fourvière hill in Lyon, Pauline led a life of prayer, adoration and charitable work. Seriously ill, she went on pilgrimage to Mugnano, near Naples, and obtained a miraculous cure from Saint Philomena. Later on, after creating a model factory where the laborers had decent living conditions and could be catechized, Pauline was victim of her managers’ fraud and the business went bankrupt. Struggling to pay off their debts for the rest of her life, Pauline died on January 9, 1862, after forgiving all her detractors.

With the same infallible weapon, we will obtain the same Victory!

Thanks to the Living Rosary which spread like wildfire in the 19th century, the Faith was safeguarded in France! In the face of violent attacks, the Rosary triumphed!

In our own day, it is not only France, but the whole world that is under attack from dark forces. Filled with confidence, let us persevere using the same infallible weapon as Pauline.  With the Rosary, we will obtain the Lord’s Victory and our world will be renewed with His Light, His Peace and His Joy!