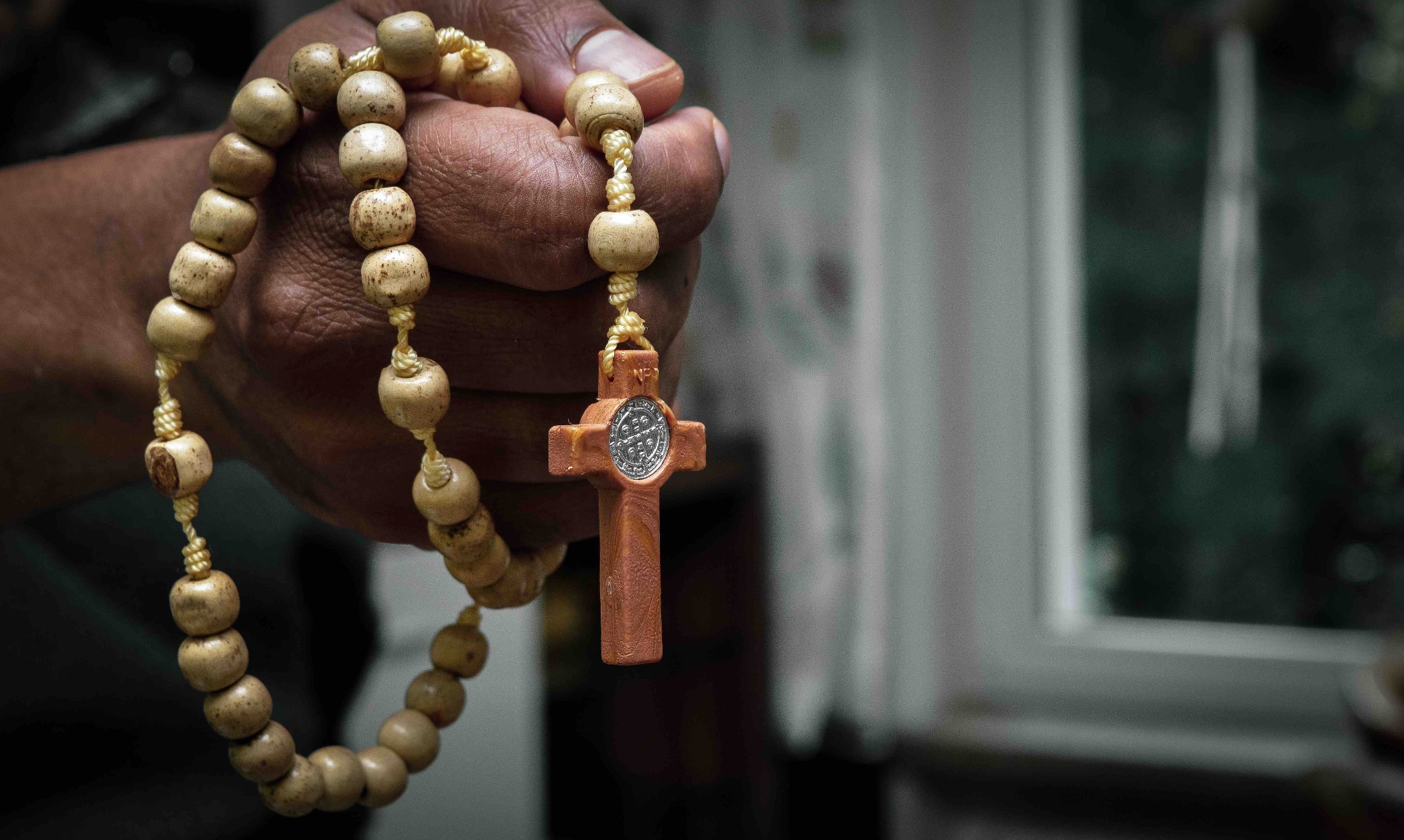 A Bishop Miraculously Defeats the Jihadists

Facing Boko Haram’s jihadists who are terrorizing the population of Nigeria, a bishop receives the following vision in 2015: « I saw Jesus, he was stretching out his arms with a sword in his hands towards me. As soon as I stretched my hands and received the sword it immediately turned into the Rosary. Then the Lord said: ‘Boko Haram is gone’.»

Boko Haram’s Islamist group, who had been terrorizing the population, backed off in the forests and now avoids frontal attacks. We rejoice.

A Nigerian bishop explains this salutary back-off: the Rosary*, which he has been urging his parishioners to pray, at home, at school, at church, for about two years.

Bishop Oliver Dashe Doeme explains: “In the past, Boko Haram’s men were everywhere. But now they are no longer everywhere. And this is mainly due to the prayers of the people.”

And the bishop asserts: not just any prayer but the prayer of the Rosary, for the intercession of the Virgin Mary.

The Rosary is a most powerful weapon

In April 2015, Bishop Oliver Dashe Doeme reveals that Jesus appeared to him, a few months before, when he was praying before the Blessed Sacrament. Without a word, the Lord stretched out his arms with a sword in his hands towards him and as soon as the sword reached the bishop’s hand, it turned into the Rosary… The Lord then repeated three times these words: « Boko Haram is gone ».

“I did not need any prophet to give me the explanation. It was clear that with the Rosary we would be able to expel Boko Haram from our diocese. With the intervention of the Mother of Jesus, whom I so cherish, I will encourage my own people to do the same thing, and we will dislodge Boko Haram. And that is exactly what is happening. Most of the dioceses where Boko Haram was present, are free again and people are coming back.”

And indeed, since then, the terrorists have constantly been repelled, so much that Nigerian President, Muhammadu Buhari, declared last December that Boko Haram had been defeated. This insane islamist, fond of YouTube videos featuring himself, no longer appears on the Net since last year. And apparently his allegiance to the Islamic State is now irrelevant.

Since 2009, this reign of terror in Central Africa killed 17.000 people and 2,5 million peopled were displaced. In Bishop Dashe’s diocese, the Catholics have gone down from 125.000 to 50.000. In this diocese, 5.000 people were killed, 100.000 were displaced and 350 churches were destroyed, without mentioning the schools, most of which having been evacuated.

But there was the Rosary, this most powerful weapon of Heaven, and “it has performed wonders, it has freed the nations” said Bishop Dashe, reminding the battle of Lepanto in 1571, when the Catholic fleet defeated the much more powerful fleet of the Ottoman Empire… “As long as we go along with our hand in His Mother’s hand, and especially, praying the Rosary, which is the highest form of Marian devotion, we shall be victorious.”

* The recitation of the Rosary includes 20 mysteries

** The Colonnes Infernales in France crushed the Vendée uprising in 1793-1794 extremely violently, burning the villages, torturing and exterminating men, women and children.